This short film is an ideal introduction. Then to know more, do read on.

Local people saved Hill Close Gardens from destruction. The massive clearance and restoration effort that followed has created a site of national importance. These gardens are the only surviving group of detached Victorian pleasure garden plots with public access in the UK.

By the early 1990s, most of the hedged gardens had been sold for development, and the remaining sixteen were largely derelict.

Only two gardeners were still tending plots, surrounded by sites which had become completely overgrown with brambles, weeds and ivy. Local residents rather liked it that way. Their children made dens in there, and for much of the year it was a haven for wildlife; butterflies, bees, and frogs during summer and winter birds who feasted on the fruit and berries.

“My son used to go in there during the school holidays. If the secateurs had gone, I knew where he would be”
What remained of Hill Close Gardens had been safe from bulldozers because of the divided ownership of the land. But Warwick District Council had gradually acquired the last sixteen plots by 1993, and had obtained planning permission to build 30 houses on the site.

At this stage, only derelict summerhouses, remnants of hedges, and signs of old fruit trees and roses hinted that the gardens had a much longer and more interesting story to tell than just a bunch of allotments. 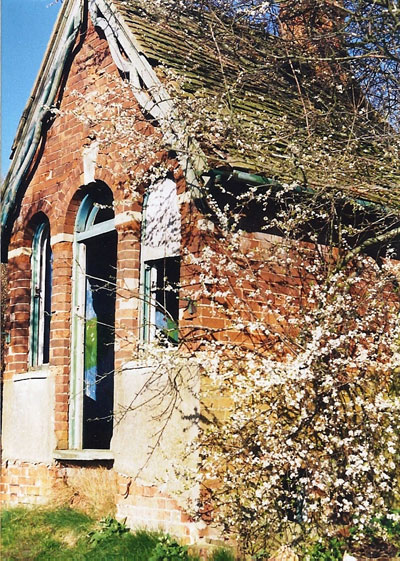 Agitation at the proposed development forced the importance of the gardens to be recognised. Research revealed that, of the hundreds of such sites that had once existed across the country, Hill Close was one of only four now remaining. In 1994, local activists managed to get four summerhouses listed as Grade II, so the development was halted. Further effort resulted in English Heritage registering the gardens themselves as a Grade II* site of Special Historic Interest.

Recently an important source document with first-hand testimony has come to light. Click here to view it.

Swayed by local pressure and the national importance of the site, the Council said the gardens could remain. Thus it became possible to bring the gardens back to life and learn about the families who had occupied plots there. In 2000, Warwick District Council helped set up a Trust to manage and restore the site.

Impatient at the lack of practical progress, the local action group enlisted the help of many volunteers to begin the process of clearing the site. 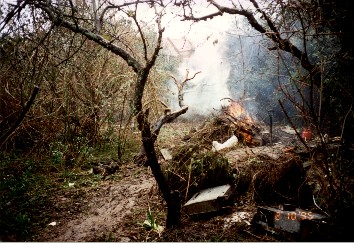 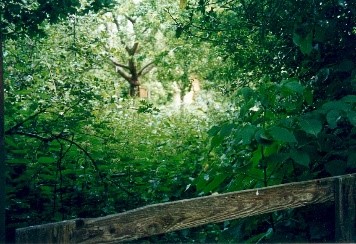 Once, these were lovingly tended gardens

Work started in January 1998, and working parties have met ever since.
An 1851 map of the gardens provided both a name – Hill Close Gardens – and an image of what they looked like in their heyday. This map showed the structure and layout of each of the garden plots, including buildings and trees. Subsequent archaeological investigations have brought further evidence and uncovered remains of some original structures.

It was an awesome task. As well as the weeds and brambles, the entire site was littered with the remains of allotment and pig keeping equipment and both well-made and improvised building structures. This was topped off, in more recent years, with dumped building materials and large pieces of furniture and household fittings. Skip after skip was taken away as a few plots a year were brought back into cultivation. The summerhouses, apart from one, were gradually rebuilt, repointed and repainted. A green corrugated shed, originally built in the 50s to house a beloved Aston Martin, became the shelter and office for the volunteers and their gardener. 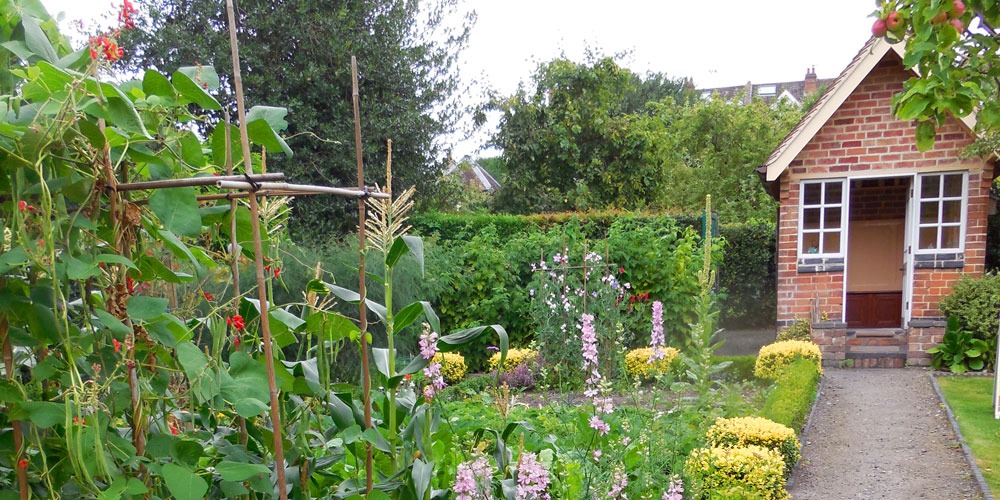 The gardens were open to the public with increasing frequency from 1998. Finally, a Heritage Lottery Fund grant, together with other funding from Advantage West Midlands, enabled major restoration work to take place from 2005 – 2006. In Easter 2007 this work was fully completed, and the gardens more widely available to the public.

There is a continuing programme of improvement and development, and new volunteers are still very welcome.