The Story of Hill Close Gardens

Rare survivals of Victorian gardens once used by townsfolk living above their business to escape from the crowded town. Discover how owners came here after work or on Sundays to tend their plots or to relax.

Gardens out of town…

In Queen Victoria’s day, the rich rode in carriages and the poor scraped a living as labourers or charwomen. In between were the shop-keepers and skilled artisans; independent tradesmen who worked hard to keep their families fed, clothed and educated. If trade was good, they prospered. If it was not, they risked bankruptcy and the workhouse.

A town tradesman owned or rented premises and his family lived above the shop. His backyard was filled with a workshop, wash-house, privy and stable, leaving no room for a kitchen garden. If he wanted to cultivate fruit, vegetables and flowers, he looked for a plot to rent outside the town. Such plots were commonly found on the edges of crowded towns, before suburban development covered them.

In 1845, Hill Close pasture land began to be divided into garden plots which Warwick tradesmen rented. They planted apple trees and soft fruit, grew vegetables and flowers and kept pigs and poultry. They built summerhouses of brick or wood in order to shelter from rain or to sit and enjoy the view across the Common. At a later date, the freeholds of these plots were purchased individually, though some were then sub-let. In the early twentieth century, part of Hill Close Gardens was sold off for housing in Linen Street and St Paul’s Close. Fortunately the remainder has been saved and restored.

Research has uncovered details on some of the Warwick families who gardened at Hill Close. More information on plots and their owners can be found in the illustrated Guide Book, on sale in the Centre.

By the 19th century, these gardens were to be found around most market towns and cities. They are now called ‘detached gardens’, as they have no house attached to them.

In most places, such gardens were rented, though some, like Hill Close, came to be owned by the occupants. People expected to be there for many years and invested in buildings, path edgings and fruit trees, which would be sold on from one tenant to the next.

The gardens would be used for both pleasure and production. There would be tiny ornamental beds and small lawns, as well as fruit and vegetables. Some even had a garden pond. Most of them had a summer house from which to admire gardening efforts. Here, a little fireplace or stove kept the chill of the evening at bay and boiled a kettle or heated a meal. There was gas on the site too, so a light could be used to extend the visit until after dark.

The gardeners were often enthusiasts, testing their own abilities to grow tender produce like cucumbers and melons, complete in the cultivation of flowers such as chrysanthemums, advance crops like strawberries under glass or even tend a vine. All such gardens had an abundance of fruit trees. At Hill Close there are still around 60 different varieties of apple and 11 varieties of pear. 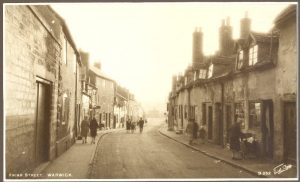 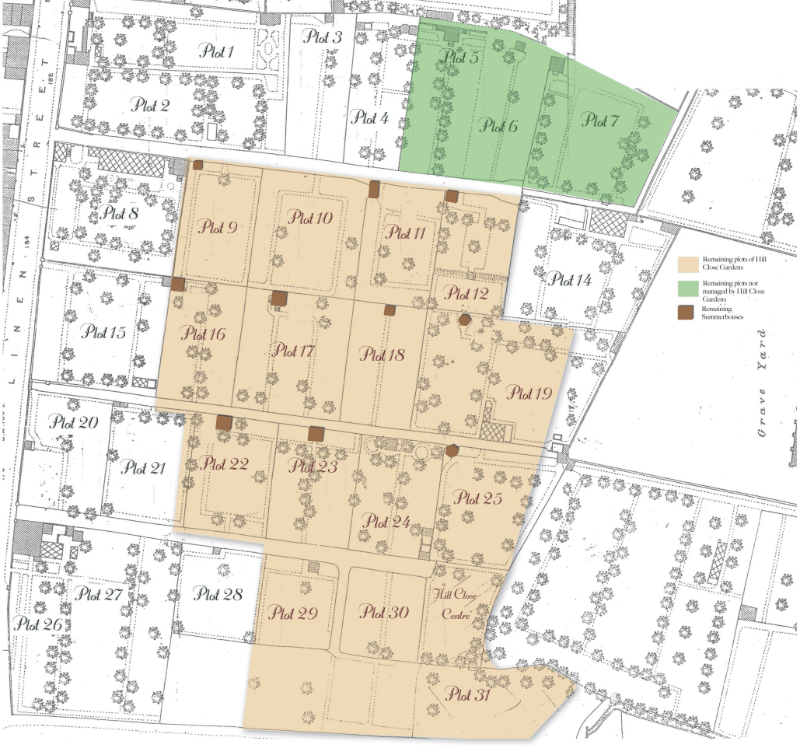 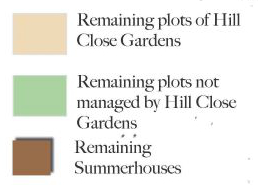 Two of the families… 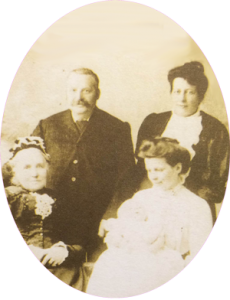 Benjamin Chadband, confectioner of 12 Swan Street, lived above the shop with his wife, Sarah, and his children. The family business had been established in 1828. The
Chadbands appear in various Trade Directories as poulterers, grocers, confectioners and makers of pork pies and sausages.

Benjamin leased Plot 24 in 1870 and purchased the freehold in 1874. He built more pig sties on nearby Bread and Meat Close, presumably to produce pork for his shop.
He was succeeded in the business by his son, Henry, who raised 11 of his 13 children over the shop and by his grandson Charles Dudley. The business was sold, but 12 Swan Street remained a pork shop until 2006.

The name ‘Chadband’ was noted by Charles Dickens on a visit to Warwick and used for the unctuous Rev. Chadband in his novel, Bleak House. 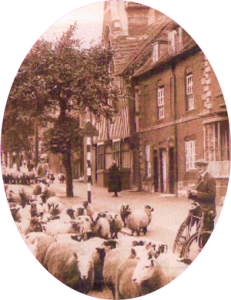 A plan of 1866 shows that plots 20, 21 and 22 had been purchased by two brothers: Richard Marshall Ivens, an auctioneer living in The Butts (plot 20) and James Ivens, master upholsterer in Market Place (Plot 21 & 22). Their father had been a furniture broker. The two brothers had been born in America, so their parents must have lived there for a time, before moving back to Warwick.

In 1881, James and his wife Caroline had 4 children and Richard and his wife Arabella had 5 children. The children must have enjoyed coming down to the gardens to help gather the produce and enjoy the fresh air. Sadly, Martin, one of Richard’s sons who later occupied his father’s plot, died in World War One.

Plots 20 and 21 were sold for development in the early 20th century, but plot 22, with its original path lay-out, remains. The original entrance gate opened onto a lane leading from Linen Street, now St Paul’s Terrace. The pretty summerhouse was built around 1884. It has chamfered corners of shaped brick and blue brick detailing.

In 1927, Plot 22 was sold to the Savage family, who cultivated it for many years.

“History: The rise and fall of the guinea garden” by Chris Upton (Birmingham Post September 2010)